On 23rd September 2016 I will be embarking on an exciting adventure. As a volunteer project manager for Raleigh International I will be working for 13 weeks in some of the most hard hit areas devastated by earthquake in Nepal. Raleigh International are one of a handful of NGO’s working with the Nepali government to help re-build communities destroyed by last April’s natural disaster. 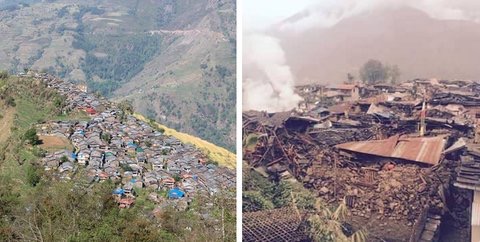 What will I be doing on expedition in Nepal?

The expedition will primarily focus on supporting reconstruction efforts in rebuilding housing and rehabilitating water systems in the Gorkha district. Working with local communities and local government, we will target the communities that have been most affected by the earthquake.

Unlike other Raleigh expeditions, there will not be the chance to work on an environment project on our first expeditions. We will still be doing the adventure phase. This is likely to be for two weeks and take place at the beginning of the expedition. 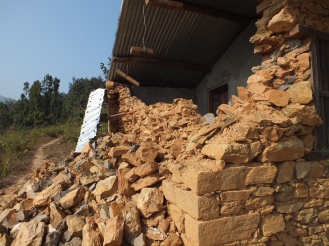 Here is a little more information about what I will be doing and why:

Where in Nepal will Raleigh be working?

The projects will be based in the districts of Gorkha and Makwanpur. Gorkha is a northern district of Nepal near the Chinese border. Makwanpur is in central Nepal, south-west of Kathmandu. Volunteers will do their training in Gaindakot in the Nawalparasi district; this is south of Kathmandu. Our in-country headquarters is in Kathmandu.

Were these two districts affected by the earthquake?

Both areas were affected at varying levels by the earthquakes which occurred in April and May this year. Raleigh will support young people and rural communities in Gorkha and Makwanpur to recover from the disaster and build resilience for the challenges to come.

Gorkha was one of the closest districts to the epicentre of the earthquakes; many of the region’s homes and livelihoods were destroyed or damaged. Vital services such as schools and hospitals have now been reconstructed.

Why we are going to Nepal so soon after the earthquake?

Raleigh has had a team of staff in Nepal since January 2015. Following the devastating earthquakes, we have been working with the Nepali government to understand where our work can have most impact.

Raleigh is one of a very small number of volunteer organisations who have a general agreement signed with the Nepali government. That means we’re officially registered to work in the country and have the government’s support.

Young people are critical to the rebuilding of the communities impacted by the earthquake. After the initial response to the safety of the individuals affected by the disaster, the Nepali government has embarked on a reconstruction plan for the worst affected areas. This includes efforts to rebuild the homes, schools, roads, water systems and infrastructure alongside efforts to support people in getting their lives back to normal through business growth and development. The reconstruction work may take decades and young people need to be at the heart of this process to create a stronger more resilient society.

Is there a risk of another earthquake?

Nepal lies on a fault line which means that, as with a number of other global destinations, there is a risk of earthquake. Our Country Office and training centre have been selected as they are in locations that were in areas not significantly affected by the recent earthquakes.

The essence of our project work is to help and support those affected by the recent incidents. We mitigate risks by ensuring that we work closely with project partners and international warning systems that monitor seismic activity. This is in line with our Crisis Management Plan, comprehensive risk assessments and casualty evacuation documents that are in place for all project locations.

There is a risk of earthquakes – and other natural disasters – in a number of the countries that Raleigh already works in. Raleigh is experienced in assessing such risks and developing appropriate plans to protect our people.

Safety is at the heart of everything we do. You will receive full safety training during your induction and our head office provides 24 hour emergency cover and support for each expedition. We focus on preventing accidents, but sometimes accidents do still occasionally happen. For this reason we have a robust Crisis Management Plan, comprehensive risk assessments and casualty evacuation and emergency plans for every project site in place, covering all eventualities from natural disasters and political instability to individual incidents.

What training will I receive?

Volunteer Managers and Venturers undertake training both in the UK and in Nepal. This involves safety briefings, risk assessment, casualty evacuation; and training in the correct and safe use of: tools, camping equipment and safety equipment. If you are unable to attend a UK training event, we are able to send you all the information via e-mail. However, we highly recommend that all volunteers attend.

What happens if there is an emergency?

Before every expedition we carry out a full risk assessment of each project site. Our volunteers also do their own risk assessment when they arrive, which encourages a vigilant attitude towards safety within the group. As well as this we have comprehensive emergency and evacuation plans in place for every project site and our Volunteer Managers visit and assess the local medical facilities. If any individual has to return home we also have services in place to assist this.

We have a comprehensive medical and personal accident insurance policy, offering the best medical care available and a repatriation service where necessary.

Will I be able to use my mobile phone?

What is Raleigh’s overall focus in Nepal?

Groups that are working on the WASH programme will be working with local communities to:

So it won’t be a holiday! I will be raising funds for Raleigh to help with their efforts. Please see my 24 twenty four hour challenges!